Greek cuisine is one of the oldest and richest cuisines in the world. It is influenced by the cuisine of the Mediterranean, Asia Minor and Europe. Greek cuisine is known for its Mediterranean dishes such as Moussakas, Gyros, Souvlakis and Dolma. Let’s find out more together below about this very rich and tasty gastronomy! 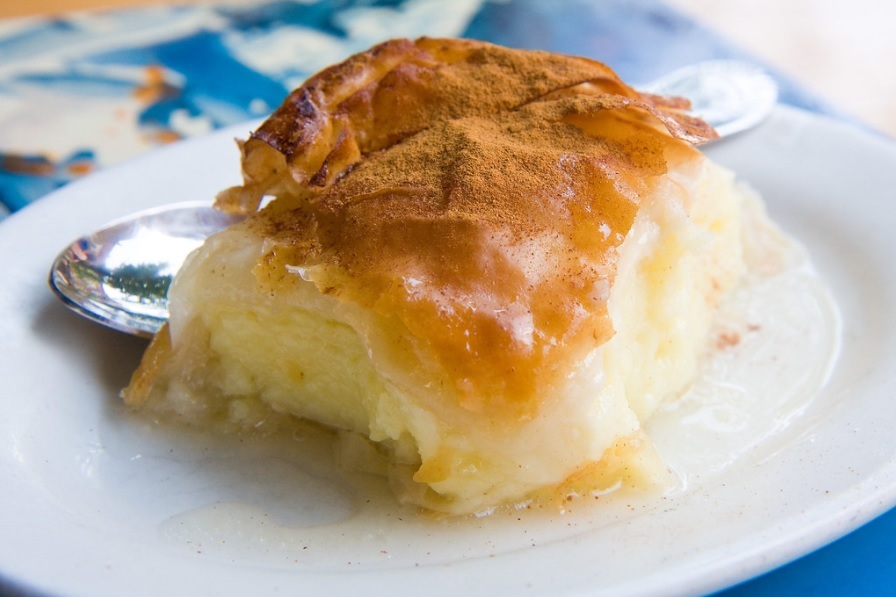 Greek cuisine is known to be healthy and tasty.

It is rich in vegetables and fruits, as well as olive oils and aromatic herbs.

The meat is usually grilled or spit-cooked, which makes it very good.

Greek desserts are usually very sweet, like the galaktoboureko (pictured above).

Greek cuisine is a traditional cuisine of Southeast Europe. The food is steamed, baked or pan-fried and accompanied by fresh vegetables.

The dishes are usually accompanied by red or white wine.

Greek cuisine, a varied cuisine above all

Greek cuisine is a very diverse cuisine, as it is influenced by many cultures.

Indeed, Greece is a country that has been occupied by many civilizations over the centuries, which explains the richness of its cuisine. Greek cuisine is therefore very rich in flavors, colors and textures. It is also very healthy, as it is mainly composed of fresh products.

The typical dishes of Greek cuisine are often accompanied by fresh vegetables and fruit. Greek cuisine is also very rich in aromatic herbs, which gives it a unique taste.

What are the most famous dishes of the Greek cuisine? 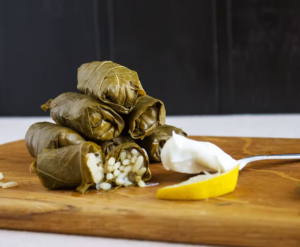 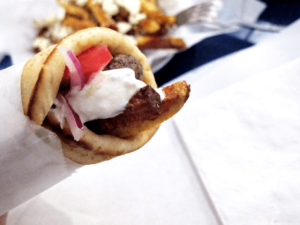 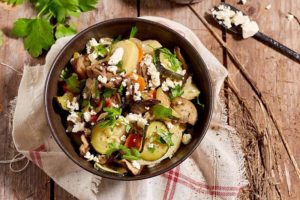 Among the typical dishes of the Greek cuisine, we can mention : 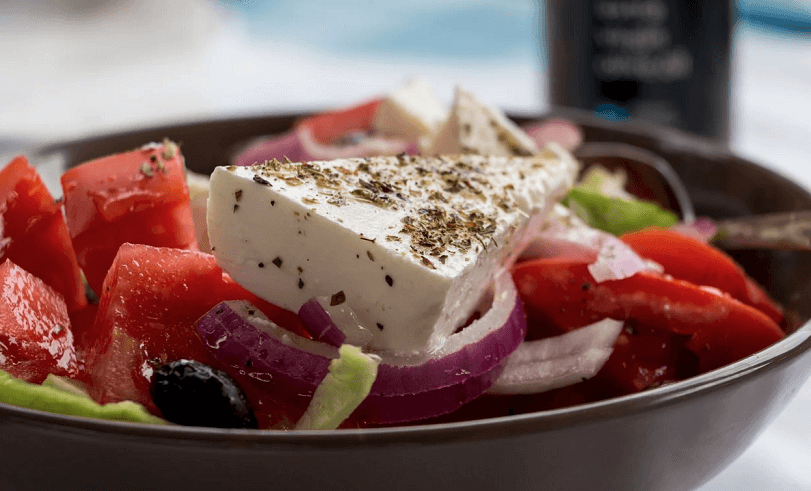 Greek salad is a popular and easy to prepare dish. Simply mix tomatoes, feta cheese, onions, olives and cucumbers. You can add pita bread or rice for a more filling meal. 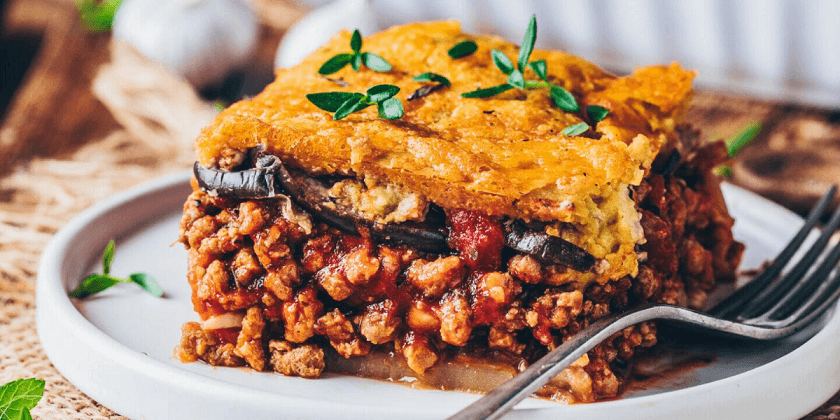 Moussaka is another popular Greek dish. It is a casserole of minced meat, vegetables and tomato paste. Moussaka is usually served with rice or pita bread. 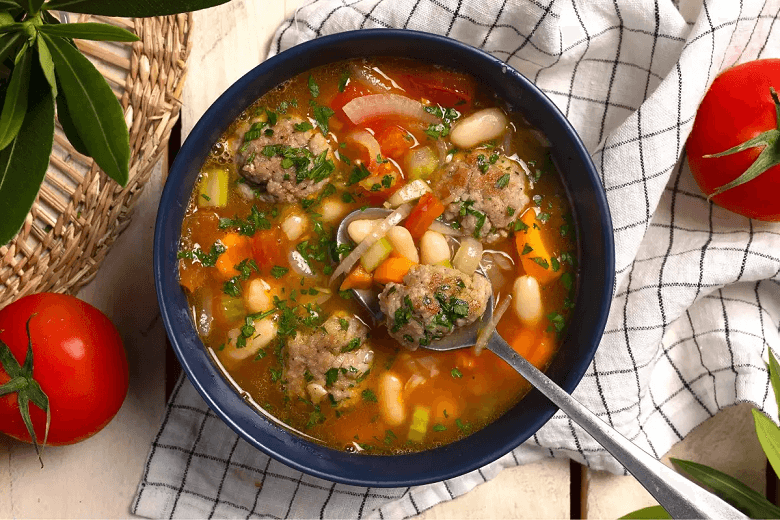 If you’re looking for a lighter dish, try the lamb soup. This soup is made with lamb, vegetables and herbs. It is usually served with pita bread. 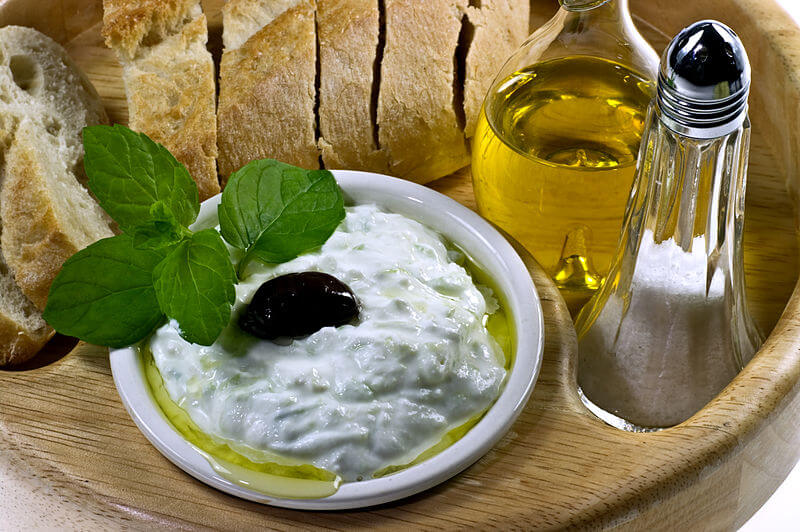 Tzatziki is made with thick yogurt (goat or sheep in Greece and Turkey), cucumbers (grated, pureed, or thinly sliced) previously put to drain, onions and garlic (sometimes a whole head of garlic for a large bowl of tzatziki).

Perfect for dipping raw vegetable sticks in, we also like it spread on crackers or fresh bread. The tzatziki also accompanies grilled meat, slips into a gyros sandwich or a raw vegetable salad.

Greek cuisine, a cuisine accessible to all

Greek cuisine is one of the oldest cuisines in the world. It is rich in history and culture, and its dishes are tasty and nutritious. The good news is that you don’t have to be an experienced chef to prepare delicious Greek food.

The basic ingredients of Greek cuisine are simple and affordable, and you can find them in any supermarket. In addition, most Greek recipes are relatively easy to prepare. So you can enjoy Greek food without having to spend hours in the kitchen.

The Greek cuisine is mainly composed of :

The dishes are usually accompanied by olive oil, vinegar, herbs and spices.