Theeternal wealth of Greece is its wine culture. A history that has lasted for over 3000 years. Even if in our time, the grape varieties of Thrace, Samos or Evia, are now far from the memories of history, the soul of Greece breathes through each modern grape variety.

Greece is a historical land of the world wine industry. One of the oldest.

A combination of know-how in soil cultivation, a perfect climate and legends and myths sanctifying the divine wine.

Once you have tasted them, you will never forget those syrupy or resinous white wines, those sweet and mild red wines, and those thousand and one flavors that will irremediably sink their indelible memory in your soul, like an anchor in the sea.

Buy Greek wine: where to find it?

Not easy to buy Greek wine in France? Let’s not be so categorical.

Some restaurants or wine shops, in their world wine list, propose more and more of them to their customers, charmed by the unique colors of these Mediterranean vintages. So don’t hesitate to ask the professionals around you if they have any alongside their Spanish, Argentinean, Italian or American bottles, you might be surprised to find an excellent Retsina quite easily.

On the other hand, for
buy red wine online
Whether it is Greek or other, you have of course sites like Cavissima and their incredible catalog of the world. Go to them to equip your personal cellar with wonderful Greek wines!

If you can’t find what you’re looking for, note that there are many other southern European wines to try, as well as specialized online Greek grocery stores as well. Greek wines, but also pastries, feta, halloumi, olives, olive oil, pita bread, honey, beers, halva and tahini… Everything you need for a 100% Greek meal at home and with friends: you will make them happy for sure!

A little history on Greek wine 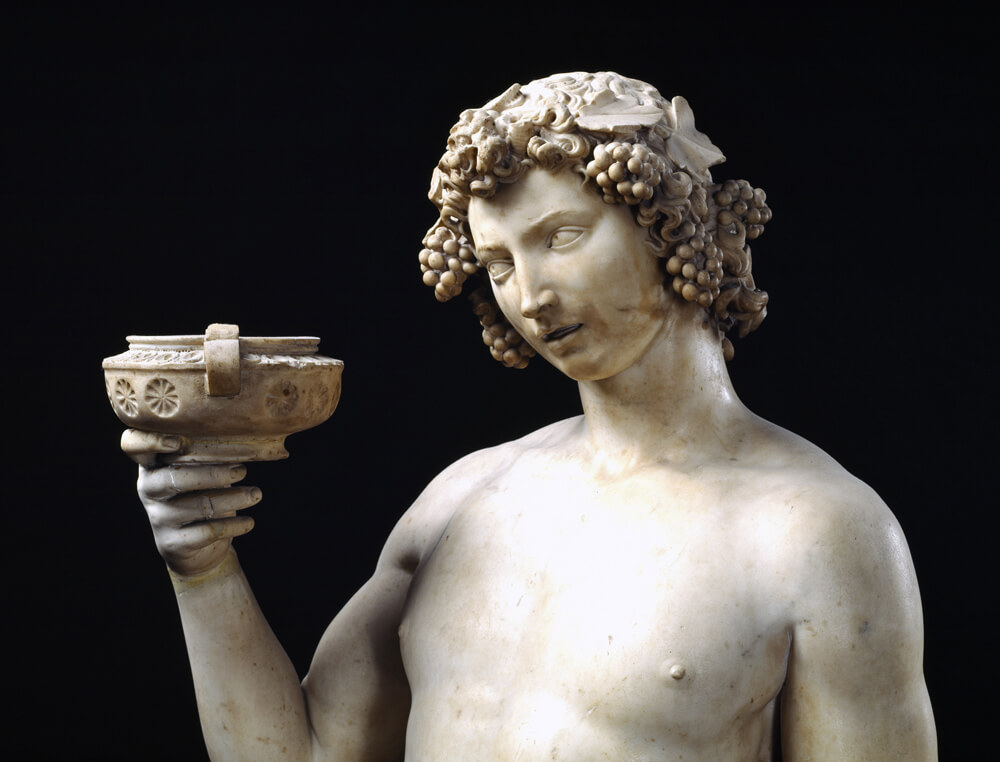 The history of Greek wine is as old as humanity itself. The cultivation of Greek wine was propelled by a number of factors, including the predominantly Mediterranean climate, and land that was very favorable to ancient grape varieties.

Originally, the rise of the wine trade allowed, in the 1st century, the Roman colonies to expand and establish themselves in Gaul. In this region, the wine trade reached its peak around the middle of the 2nd century. Very quickly, the interest of people such as the Bituriges for the consumption and the trade of the wine increases. However, the importation of wine becoming expensive, the Gallic people created local varieties, despite the poverty of their soils. Over the years, other grape varieties were created in several regions, giving rise to new varieties.

Nowadays, times have changed and so have tastes. With the evolution of science, thousands of hybrid grape varieties have emerged, with new properties. And when you look back, today’s wines have absolutely nothing to do with the ancient wines.

What are the best Greek wines?

But what are the best Greek wines? 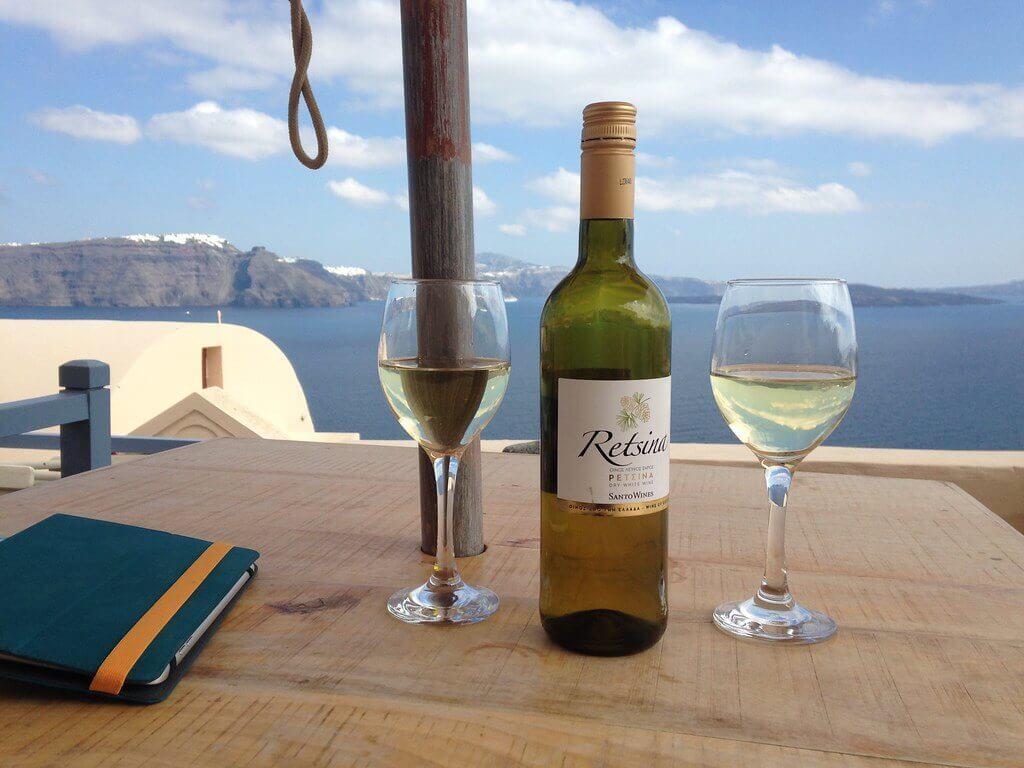 A beautiful glass of resinated Greek wine, a breathtaking view: the perfect combination.

It is impossible not to mention the Retsina among our selection of the best wines of Greece. It is the emblem of the viticulture of the country. As the Port is the symbol of Portugal!

The most popular Greek wine, it is drunk mainly in the summer (a good part of the year in this sunny country). And to obtain this elixir, pine resin is added to the wine during fermentation.

The Gifts of Dionysus

Ah that it is well named this wine… As a reminder, Dionysus, God of Greek mythology, is the deity who symbolizes pleasure, wine, excess and enjoyment. We can therefore say that the Dons de Dionysos, a white wine, lives up to its name.

It is a fruity wine, sideritis grape variety (we talk about it below) and with multiple aromas: vine peach, violet and apricot.

Greek wine: what do today’s grape varieties look like?

Every wine lover knows the famous varieties, such as Merlot from Bordeaux, Chardonnay from Burgundy, Sauvignon Blanc, Syrah…which have survived through time, maintaining an almost eternal fame.

However, the life of the wine lasts only for a time. In nearly three decades, new grape varieties have invaded French vineyards. And even if some people remain attached to old wines, it is more for the nostalgic effect than for their intrinsic qualities. 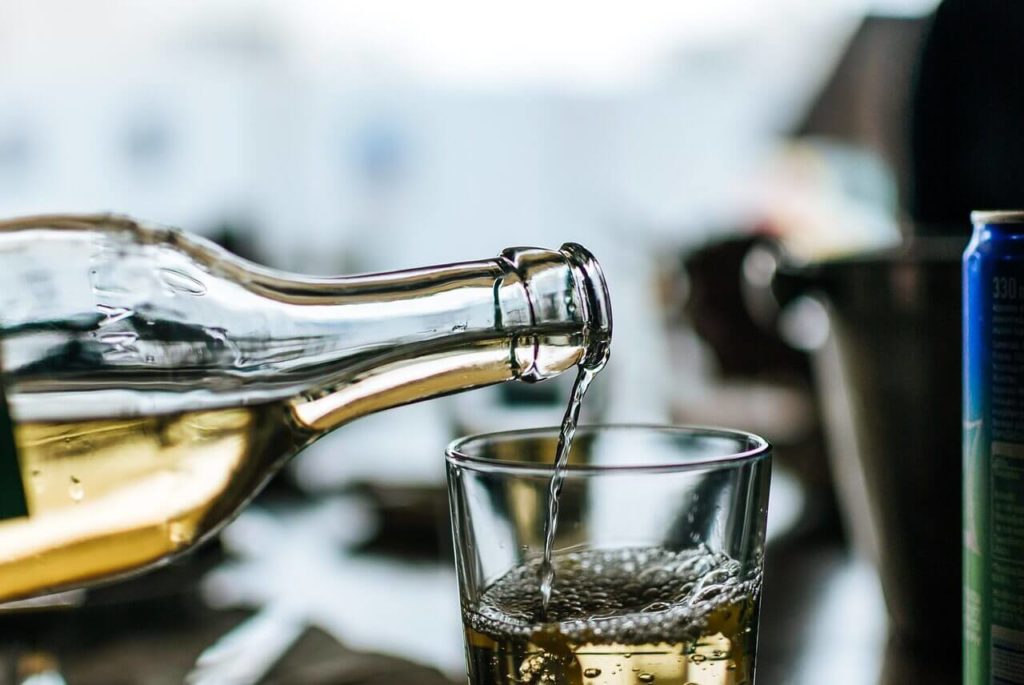 Greek wines are among the best in the world.

Today, Greek vineyards cover an area of about 186,000 hectares, and in most cases, they are local or indigenous varieties.

For example, some wineries hybridize Athiri and Assyrtiko, one of the most mythical white Greek grape varieties. There is also the dafni, a variety of grape originating from the island of Crete whose aroma balances between laurel, rosemary and ripe apple that has returned to the forefront.

Kotsifali, on the other hand, opens a fountain of delicacy on your taste buds, thanks to its ripe and coated tannins that give its wine, suppleness, fruity taste and spicy aftertaste.

What can we say about retsina, this resurrection of Greek wine, which owes its particularities to the pine resin added to the must during its fermentation?