The great summary of the Trojan War!

Whenwe review the history of the Greece ancient history and its most outstanding moments, the Trojan War appears unquestionably as one of the most epic references. For many people, the history of this war remains a mystery (like the Colossus of Rhodes) even if its evocation does not leave indifferent. If this war is so famous, it is because of the events that marked its course, from the one that started it to its legendary conclusion.

Here is what you need to know about the Trojan War: Crete Otherwise tells you everything!

To summarize in broad outline, the legendary Trojan War is a famous war of Greek mythology, as can be that of the Minotaur !

It broke out because of a Trojan prince, Paris, who kidnapped Helen, wife of the King of the city of Sparta, Priam. To answer this affront, Priam decided to raise a gigantic army composed of several Greek kings.

Many battles followed and a siege that lasted more than a decade.

1. When did the Trojan War take place?

Historians are not sure of the true date of the Trojan War.

The duration of the confrontation is sure: it is 10 years.

2. Trojan War: Who were the Trojans’ opponents?

The opponents of the Trojans were none other than the Greeks.

According to some historical sources, the Trojans might have received help from Ancient Egypt by agreeing to protect the princess Helen who might have been exiled to Ancient Egypt!

First of all, we must take into account an important fact: it is a war that lasted about ten years. This is why the number of deaths during the Trojan War was so high.

The figures are not exact of course, but it is estimated that the Trojan War caused several thousand deaths on both sides.

It is also known that 54 Greek heroes died during this war, against 201 Trojan heroes.

The Trojan War was won by the Greeks after 10 long years. The famous strategy of the Trojan horse, conceived by Ulysses led the Trojans to their loss.

The Trojans being very religious believed in a gift from the Gods when they saw this famous Giant Horse. This is how the Trojan Horse was able to enter the city of Troy, which was considered impenetrable.

The Greeks, hidden inside the horse, then took advantage of the night to open the doors of Troy to their soldiers, on the lookout.

DISCOVER HERE THE 6 MOST BEAUTIFUL BEACHES OF CRETE ! 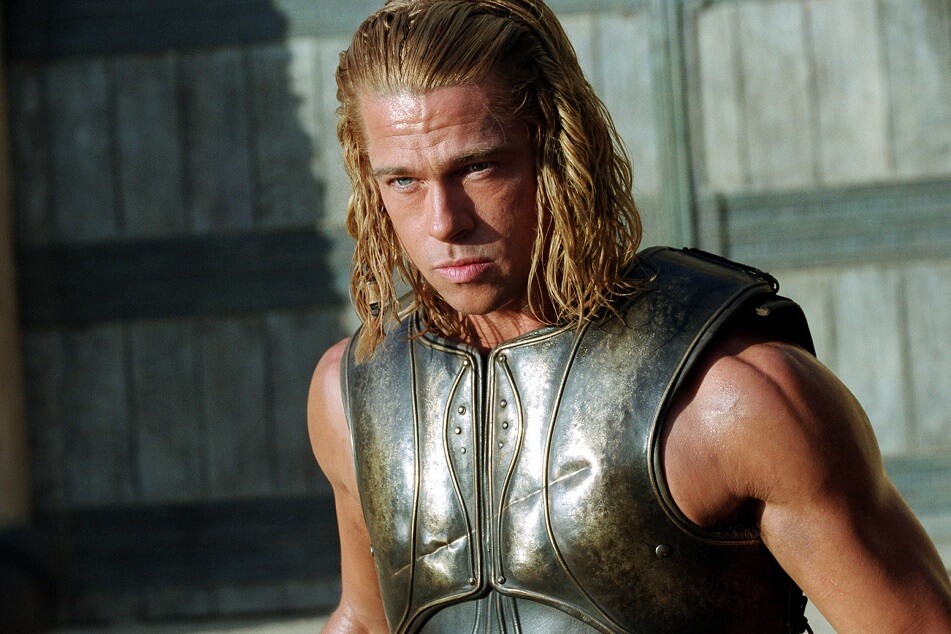 On the Greek side, we know of 12 very popular heroes who participated in this decade of battles: 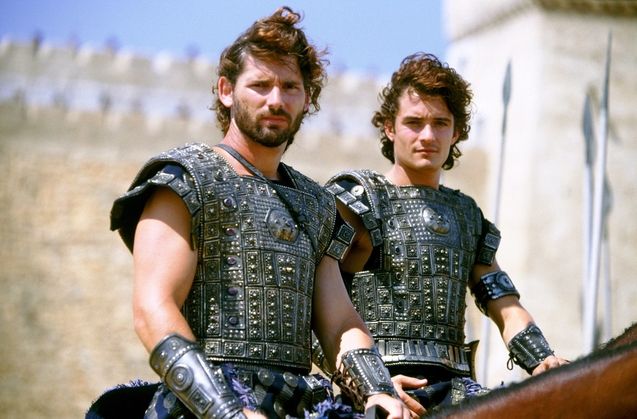 Hector and Paris, respectively played by Eric Bana and Orlando Bloom in “Troy”.

On the Trojan side, we know 7 popular heroes:

The Trojan War in detail

The Trojan War: how did it all begin?

The outbreak of the Trojan War took place in a very improbable way.

It is a war that opposed the Trojans to the king of Sparta on the basis of sentimental quarrels.

It all began with the kidnapping by Paris, son of the king of Troy, Priam, of Helen, wife of the king of Sparta: Menelaus. Helen had been promised to Paris by the goddess Aphrodite, in gratitude for the judgment of Mount Ida. The latter had to choose between the respective promises of love of the most beautiful woman in the world, military power and royalty of the goddesses Aphrodite, Athena and Hera. It is finally the first option, that of Aphrodite, that Prince Paris chooses.

While on his way to Sparta to negotiate the return of Hésione, captured at the end of the first Trojan war, Pâris meets Hélène, the wife of the king of Sparta. Fallen under the charm of the latter, the Trojan prince kidnapped her, seeing in her a blow of the destiny, an answer of the promise  of Aphrodite. He provoked by the same occasion the anger of king Menelaus of Sparta.

The 1st expedition and the defeat of Mysia

Furious and with the ambition to recover his wife, the king Ménélas convened, in the name of the oath of Tyndare, the majority of the Greek kings.

It is through an expedition in all Greece and assisted by Nestor that king Menelaus reminded the Greek kings of their promises of assistance in the event of war. With the troops and the fleet of all these kings, Menelaus decided to invade Troy 2 years after the kidnapping of Helen.

The war took place in two stages. In a first expedition, the landing took place in Mysia, where began a merciless confrontation between the troops  of the king of Mysia, Télèphe, and those of Ménélas. The latter’s troops had to withdraw. This established a truce of 8 years.

The2nd expedition and the fury of Achilles

A second expedition is then prepared, but already, it must face several oppositions. The first one is the anger of the goddess Artemis which provoked the blocking of the fleet of Agamemnon at the doors of Aulis. It is the sacrifice of the latter’s daughter that finally calmed the goddess. It allowed the fleet to arrive at Troy, where the events will take place in 3 times.

The 10 years of siege of Troy by the Greeks

At the end of the first confrontation, the Greek army lost one of its best warriors. She was then attacked by Cycnos in a second assault that was even bloodier than the first, especially since the man is virtually invincible. It is finally Achilles, son of king Peleus and Thetis, who will come to an end during a counter-attack.

This victory initiated the beginning of the negotiations between the Greeks and the Trojans for the return of the queen Helena. Faced with the fierce opposition of the Trojans, the Greeks employed the great means.

At the instigation of Achilles, a siege was set up and supplies were cut off in Troy. There followed an attack on the 11 cities of Anatolia dependent on Troy. This umpteenth confrontation allowed Achilles and Agamemnon to take Biseis and Chryseis captive respectively.

The wrath of Achilles

Humiliated by Agamemnon, Achilles withdrew in a black anger. After swearing not to return to battle, he asked Zeus to give the Trojans the advantage over the Greek troops. This promise consecrated a series of defeats of the Greeks who, not being able to any more, repeatedly requested the intervention of Achilles. This one refused to resume the fight.

While he finally shows indulgence, allowing Patroclus to use his weapons to help the Greek troops, he will be disappointed again. Patroclus took the initiative to confront Paris’ brother, Hector, thus breaking the promise made to Achilles and losing his life. For  the death of Patroclus, Achilles confronted Hector, killed him and dragged his body through the city.

It is this war tactic that made the Trojan War famous. Indeed, the Greeks used as bait a horse forged from scratch in which were hidden soldiers.

While the Trojans had interpreted the presence of this horse as an offering from the goddess Athena, they opened a breach in the wall of Troy to let him in. The Greeks were then able to attack the city from the interior in the middle of the night in close combat. This ruse consecrated the victory of the Greeks over the Trojans and the end of the Trojan War.