Greece isa country of rugged mountains, quiet beaches and rolling hills with white houses. It is one of the most popular tourist destinations in the world because of its unparalleled beauty, the many landscapes it offers and the many beautiful Greek islands of course!

Its flag is just as beautiful with its magnificent colors that form a cross. But as each flag has a particular meaning and history, Crete Autrement proposes you to discover it here…

History of the flag of Greece

You will see it flying in Heraklion, Chania, Sitia or Rethymnon in Crete…but what is the history of the flag of Crete? 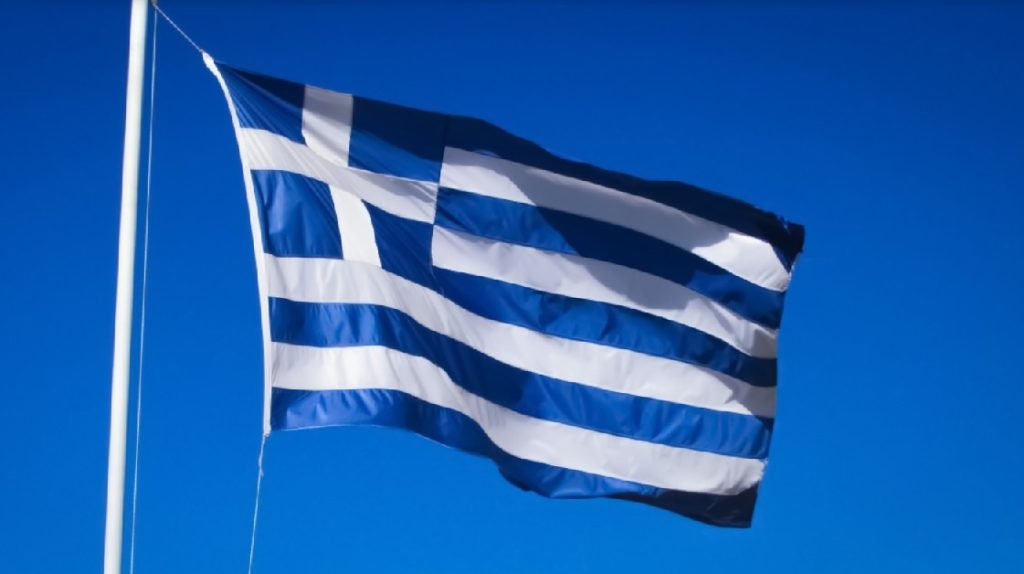 The colors of the Greek nation, on a background of infinite blue sky: what could be more Greek than this image?

It was in 1807 that we first saw a flag with a blue background marked by a white cross.

It was presented at the oath of the greatest hero of the Greek revolution against the Ottomans: Theodore Kolokotronis.

In 1822, a decree was established on which three different flags could be distinguished for each of the country’s military forces:

In 1832, of the three flags, the Maritime Forces flag was chosen, but it was only used for one year. In 1833, the flag of the land forces was officially chosen as the national flag by Otto of Bavaria.

From 1833 to 1973, this flag remained official, but the hues and proportions were constantly changing.

Then, during the dictatorial regime in 1969, the navy flag was reused until the return of democracy. From 1975 to 1978, Greece used the same flag again.

And at the end of 1978, it was finally chosen as the official flag of Greece until today.

What does the flag of Greece symbolize? 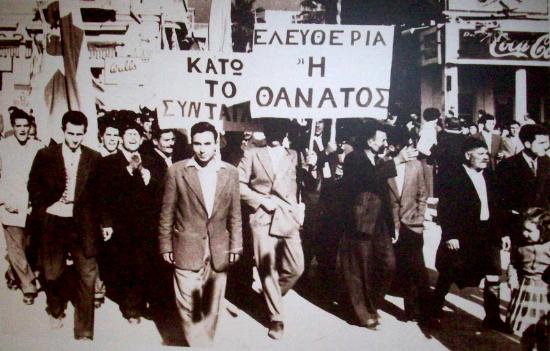 A Greek flag symbol of freedom.

9 bands as symbols of freedom

The flag of Greece consists of nine stripes:

Together, these nine bands symbolize the nine syllables of the Greek motto:

“Eleftheria i thanatos” which means “Freedom or death”.

This is the war cry used by the army of Greece during the fight for independence in 1821 against the Turks at a time when the soldiers were outnumbered.

In the flag, there is a white cross in a blue background at the top left corner. This cross symbolizes the Christian faith.

According to the beliefs of the country, it gives the victory to the one who possesses it.

The cross also recalls a vision in which Emperor Constantine I saw a cross revealing to him that he should create a new Rome in Eastern Europe in Byzantium.

But beyond this meaning, it is also a symbol of unity, because the majority of the houses of the country are painted with its colors in a beautiful harmony.

What is the flag of Crete? 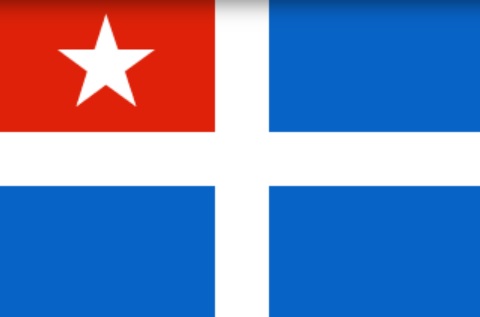 As in all countries of the world, and as in France with its regional flags Breton or Corsican so recognized, the island of Crete also has its own flag. We don’t think you’ll see it when you arrive at your hotel in Crete, but it’s still general knowledge, isn’t it?

Which differs from the Greek flag. Both by its design, and by its colors (it is not of an incredible difference either).

This flag is the ephemeral symbol of the autonomous Crete. A symbol of war too, since it was proclaimed during the insurrection of the Ottoman Empire against Greece.