Who are the inhabitants of Crete?

Kyrgios11 May 2020More about Crete

Population Crete : how many inhabitants in Crete ?

In almost 20 years, the population of Crete has thus increased by 60,000 inhabitants.

We can also name other big cities of the island, such as Chania, Rethymnon or Agios Nikolaos.

In the past, Crete was known as the “Island of Candia”.

The map of Crete.

From the point of view of surface area, it is the fifth largest island in the entire Mediterranean (8336 km²) and has been an integral part of Greece since 1913. In terms of area, Corsica, Sicily, Sardinia and Cyprus are ahead of it.

Its location places it in the southern Mediterranean Sea, not far from other Greek islands such as Santorini, Rhodes, Corfu or Mykonos.

What are the names of the inhabitants of Crete?

The island occupies an important place in the great and deep Greek mythology, and its inhabitants are quite particular and significant in this great History.

But what are the names of the inhabitants of Crete? What is the name of the town?

They are called the Cretans.

The cultural identifications of the Cretans

There are several details that make the Cretans a bit special compared to the Greek people as a whole.

Already, there is their dialect: Cretan Greek. Then there is also the fact that a Cretan is recognizable by his family name. We notice, in fact, that family names generally end with the suffix “akis”. 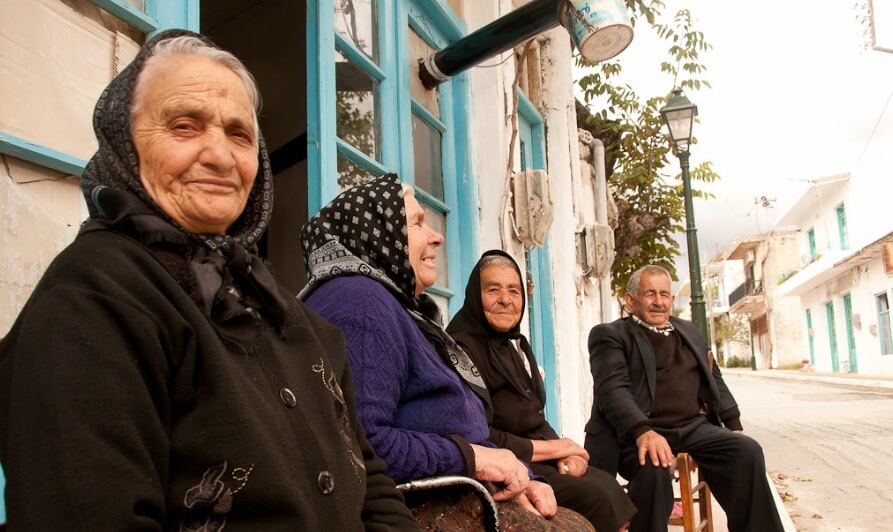 Typical clothes of the inhabitants of the island of Crete.

The Cretans are a people attached to culture, and this one is also a little different. Indeed, the Cretan culture is distinguished by the nature of the clothes worn by the islanders during special ceremonies. The dominant colors are often blue and black.

The Cretan is said to be a stubborn, quick-witted and also courageous person. This may be true insofar as its inhabitants had to fight against various invasions for 4000 years. It must be said that in the long run, it builds character.

Today, the island has become a real attractive center. Tourists come by the thousands every year to discover the island land where Zeus is said to have been born. Crete is also the cradle of the Minoan civilization.

Geography of the island

Of a stretched form, Crete is 255 km long with approximate widths of 55 km.

This portion of land is dominated by Mount Ida, which, as we will see later, occupies a prominent place in the stories of Greek deities.

Its relief is also marked by caves and some cavities in some places. The island also has beautiful beaches.

The mythological foundations of the island 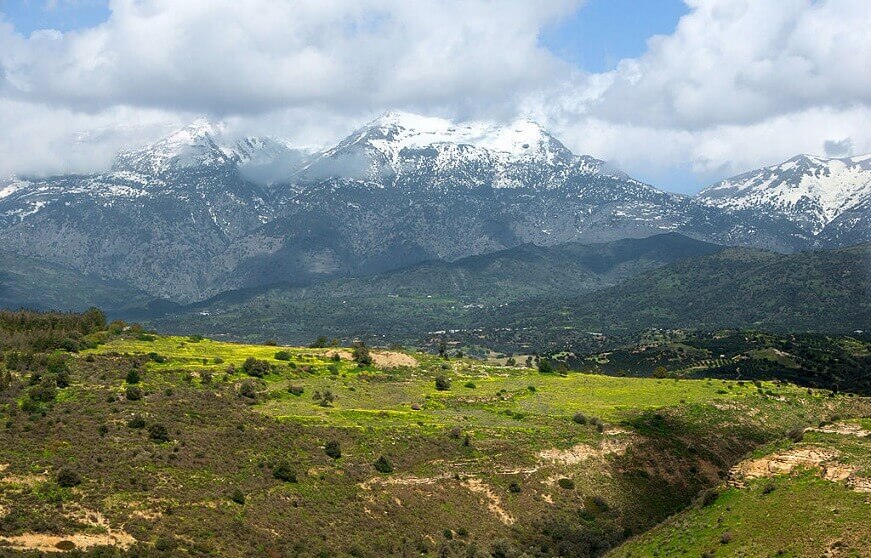 The birthplace of Zeus in Greek mythology.

According to Greek mythology, it is on this island that the god of Olympus, Zeus, was born. The story states that he was born on Mount Ida, its highest point.

That said, this is not the only time that Crete was cited as a witness to the adventures of the gods. The island would also have been the scene of the union of Zeus and Europa, the fruit of which was the birth of Minos.

It is also on the island of Crete, more precisely in Knossos, that the famous labyrinth built by Daedalus would have existed. The same one that had contained a minotaur that had come into the world through the adulterous union of Pasiphae, the wife of Minos, with a bull of Poseidon.

Other fantastic stories are related to Crete. There is, for example, the wax wings built by Icarus and his father Daedalus, the author of the Labyrinth, or the heroism of Theseus and Ariadne who defeated the Minotaur. Crete is, in this sense, a land full of magic and fabulous stories.