Crete map: where is the Greek island located?

Crete isone of the most beautiful Greek islands. Greece is fortunate to have a beautiful archipelago in its heritage. The island of Crete remains nevertheless the largest and one of the most famous, undeniably.

But where is it located and what is its geographical situation?

Is its physiognomy ideal for a family trip to Crete?

Crete Map: a location in the heart of the Mediterranean

Looking for a map of Europe to know where Crete is on the European map? Why not book a luxury hotel in Crete for your next vacation in Greece? Crete Autrement offers you below a Google Maps of the island of Crete, which, as you will see, is one of the most southern lands of the continent.

As for the map of Crete, you will see that it is quite singular and with a stretched shape. As if we had turned Corsica upside down.

Here is a map of Crete, with its main cities:

But also its reliefs:

But also the surrounding islands:

The map of Crete.

Where is Crete in the Mediterranean?

Also known as the cradle of the Minoan civilization, Crete is a Greek island, located in the Mediterranean Sea. It is the largest Greek island and occupies the 5th place in terms of ranking of European islands, after :

If you are familiar with Greece then you should know that since 1913 this island is attached to it and is considered to be one of these regions. If you are curious to know more about this island, then you are at the right place. In this article, we will discover the island of Crete.

Island of Crete: its geographical location 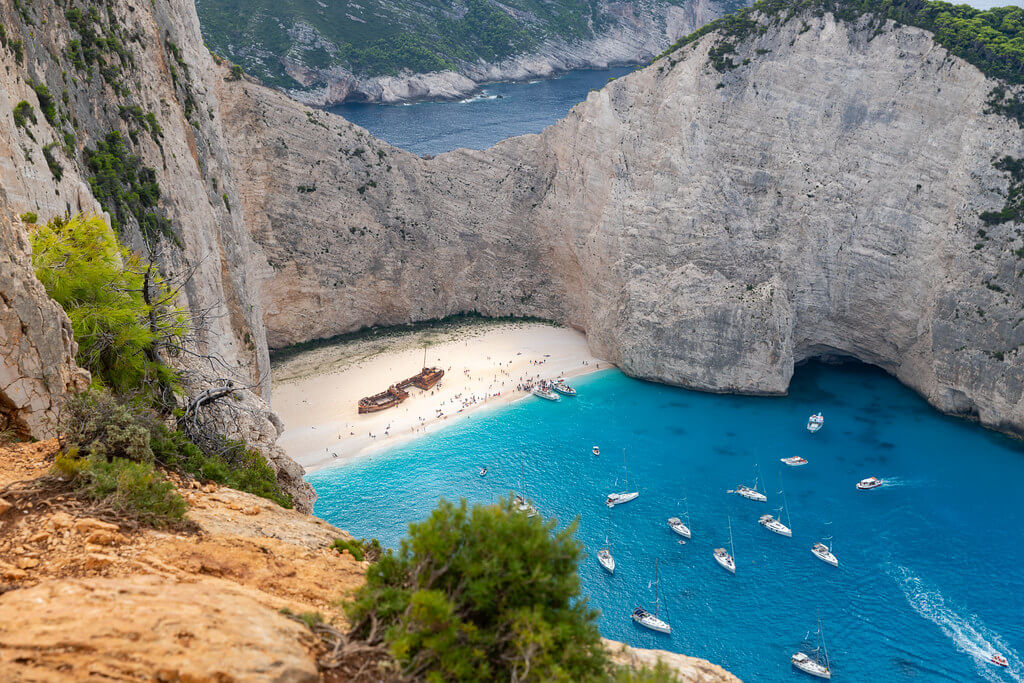 Navagio or the Bay of the Shipwreck: a beach to pick up your jaw!

Krḗtē (Crete in modern Greek) is an island located on the waters of the eastern Mediterranean Sea and more precisely :

Unlike the majority of islands, the island of Crete is presented in a stretched form. From east to west, it extends 255 km, and from north to south, its width is 55 km. As mentioned above, it is the 5th island in the middle and this is justified by its dimensions. In general, its total area is 8,336 km² and its periphery is about 1,000 km.

Crete: the advantages of this geographical position

In addition, several other rocky places are found there. The Samaria Gorge is a perfect example. The gigantic caves (like Mavro, underground caves and diving spot in Crete) and canyons that pierce the mountain are one of the biggest tourist attractions of the island!

To organize your trip to the caves of Samaria, go below:

If the island of Crete has such a geographical situation, can we say that it is a paradise island? Probably!

All the more so when you consider the diversity of species, both plant and animal, that can be found there.

Also note that this island is composed of large mountains, including :

In terms of plant species, the island has more than 35 million olive trees, which is a huge part of the world distribution of this species.

However, if this number seems huge, it is nothing compared to the exotic flower and tree species found on the island of Crete.

Given the European climate, one might ask how such vegetation could have settled there? To answer this question, we must refer to the climate which has the advantage of being dry in summer and rather mild in winter.